Currently at beta testing stage, WordPress 5.7 is scheduled for stable version release on 9 March 2021. So what’s new with this version of WordPress and what are the features worth looking forward to?

Among the most exciting feature is the availability of a 1-click button to help with HTTP to HTTPS migration, if your sites hosting environment is able to support HTTPS (e.g. availability of a valid SSL certificate). Since Google began advocating HTTPS migration, website owners have been doing this migration largely with the aid of plugins. With WordPress 5.7, SSL plugins may become a thing of the past as the core itself will have database replacement features to detect non-HTTPS urls and replace them with the HTTPS version; this will enable WordPress 5.7 to rewrite mix content whenever possible. Certainly a much anticipated featured since many sites these days are launched on HTTPS; it will mean one plugin less to install and manage for many WordPress webmasters.

This is not new but rather, just another step in the process of getting WordPress updated with the latest version of jQuery. Since 2016, there have been calls for WordPress to update to jQuery 3, which is more secure, has more features and provides for a better developer experience (DX).

With this change, it is important that you make sure the themes and plugins on your site are compatible with jQuery 3.5.1. There is currently a plugin (Enable JQUERY Migrate Helper) provided by the WordPress core team as a transition tool to help identify themes and plugins still relying on the legacy jQuery JavaScript library. It is important you use this plugin to check your site before updating to WordPress 5.7.

Important Note: Andrew Ozz’s 3 Step plan calls for the removal of jQuery Migrate in WordPress 5.7. Hence, there is no better time than now to test your site for compatibility, when we are still at WordPress 5.6. And if you are still using old incompatible themes and/or plugins, it’s time to either look up their developers for updates or source for new alternatives.

Lazy loading is one of the technics used by web developers, like us, to speed up the loading of your website. It delays the loading of an image till a user scrolls to it, thereby significantly improving your scores for Largest Contentful Paint (LCP), one of the 3 components of Core Web Vitals. Since WordPress 5.5, lazy loading of images has already been added as a feature enhancement. Come WordPress 5.7, this same support will be provided for iframes. WordPress sites using iframes (e.g. to embed Youtube Videos) will benefit from this new feature.

This change is mostly subtle and some users may not even notice it. But still, the objectives are two-folds:

To achieve this twin objective, the WordPress core team has reduced the colours used to a single palette of 99 colours (the current scheme has a total of 199 colours). They have also ensured that there is a higher contrast ratio between the lighter and darker shades, thereby making white print easier to read on the darker shades and vice versa.

This new API allows for the central control of robots meta tag, used in SEO, that are injected into a page. It introduces to the WordPress core, a new wp_robots () function and wp_robots filter which developers can rely on when using this central meta tag management layer.

When the WordPress team announced the planning roundup for WordPress 5.7 on 21 December 2021, there was a statement that FSE via Gutenberg was their main goal of 2021. This led to expectations we will see FSE in core by WordPress 5.7. Unfortunately, this is not the case; we now know that the minimum viable product (MPV) for FSE is targeted for launch in plugin form in April 2021 and will only make its way to Core by version 5.8, which is tentatively slated for release in June 2021.

This is a disappointment as many in the WordPress world have been looking forward to the day when they can layout all elements in a page (including the 404 page) using Gutenberg blocks.

While FSE will not make its way to Core this time around, there are still some noteworthy new features and enhancements added to the editor in WordPRess 5.7. These includes all enhancements made in the Gutenberg plugin from versions 9.3 to 9.9, namely:

There is a lot for the WordPress world to look forward to in WordPress 5.7. Top of the list for us is the 1 click HTTP to HTTPS migration feature. But with the WordPress Core team removing jQuery Migrate totally from WordPress 5.7, old plugins relying on the legacy version of the jQuery JavaScript library will no longer function properly. The enable jQuery Migrate helper plugin, which allows these old plugins to continue working with the obsolete version of jQuery is not a permanent solution. Why? Because the old and outdate jQuery versions are no longer supported with security patches and updates. So if you own a WordPress web site, you will want to make sure your themes and plugins are up to date and compatible with jQuery v 3.5.1 before you make the update to WordPress 5.7. 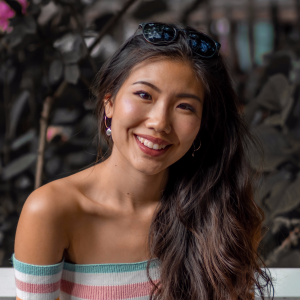 I've just completed my studies at the National University of Singapore and am awaiting convocation. As a marketing major and comms minor, I really enjoy web design and photography as they are both an extension of what I studied in NUS. Further, I truly believe that having a beautiful website can help any business stand out from its competition.